Dr. Stephanie A. Smith in this article is talking about a three assumptions people have when it comes to testing the water quality. She is admiring technological abilities from on-site test pond to the Great Barrier Reef. 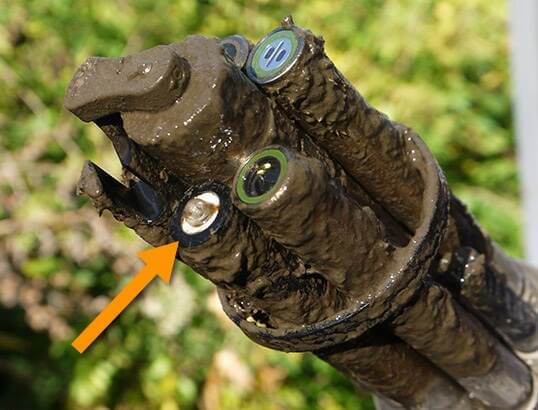 YSI EXO Sonde preventing biofouling with wiped sensor technology. Even the bulb of the pH sensor is wiped clean of fouling.

We've also seen certain limitations of sonde technology in water testing. Users who are doing interesting things but are perplexed because their data isn't looking "right." What is discovered is that this is almost never due to a faulty instrument, miscalibration, or any of the other causes that people check when it comes to the instrument itself. Rather, it's virtually always due to a misalignment of expectations with technology, because of some assumptions they've made.

So, based on Dr. Stephanie A. Smith, years of expertise in both the lab and the field, there are three most common misconceptions concerning water quality monitoring.

1. People Believe That Their Field Data Should Resemble Lab Data 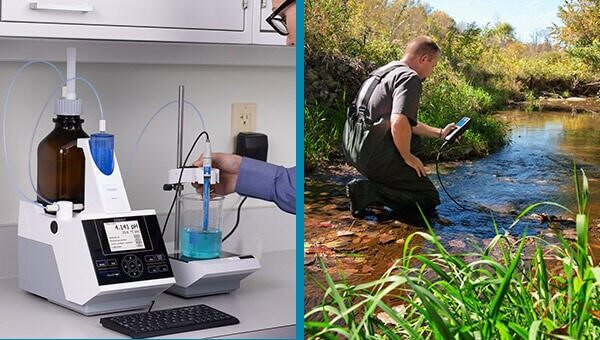 Laboratory vs Field Sampling Conditions are not the same.

“Why don’t my lab chlorophyll extraction data match up with the chlorophyll numbers from the sondes?” To sums up the answer Dr. Stephanie A. Smith is going back on one of her blogs where she answered that question:

“…the correlation between the sensor’s mV signals and µg/L [of pigment] delivered by the sensors was built using one species of algae which were grown in a laboratory under highly controlled conditions that included a never-changing light intensity and duty cycle. Thus, one should not expect that all algae, under all conditions, would yield the same correlation.”

There are numerous reasons why the assumption of field vs. lab data is hazardous, one of the most crucial of which being sample processing. All properly trained scientists recognize the difficulty of gathering a water sample that is genuinely representative of a population, and how that sample is gathered and processed for analysis can have a significant influence on the final measurements and findings. For example, in chlorophyll studies, the time of day and depth at which you collect your water sample might be important, and the pigment is usually extracted using an organic solvent (acetone or methanol) and quantified with a fluorometer or spectrophotometer. In some situations, chromatography can be used to separate the pigment from other components in the extract.  In the field…? No extraction, different matrix (water rather than solvent), different matrix quality (lab samples are typically filtered/separated), and so forth.

In other words, the sensor is sensing pigment in the environment, and twice the sensor output is representative of twice the amount of pigment sensed within its operating range, but it is not the same as measurement of pigment in a laboratory and shouldn’t be treated as such.

Let’s expand this thinking to other sensors. Optical sensors (turbidity, fDOM, total algae) are the most prone to these misaligned expectations, but pH, temperature and conductivity sensors are generally spot on relative to what you’d get with laboratory instrumentation. Carry through on the thinking for how one would measure these things in a laboratory vs. the environment (different instrumentation), how samples are handled, the matrix, etc. and in some cases sensors and lab analyses will line up well, in some cases they won’t.

Optical sensor that works more like an opto-chemical assay like the YSI EXO dissolved oxygen sensor, rather than direct absorption or fluorescence of an analyte, is somewhere in between these others. It is diffusion-based, so things that affect diffusion in the real-world environment come into play. Some of those things may be used to correct the DO measurement (e.g., salinity and barometric pressure), but some are simply not going to be able to be managed in the environment (e.g., things that might impact the polarity of the environment).

When we are talking about importance of sample prep, the most egregious example of misaligned expectations with the EXO DO sensor is when people try to extrapolate BOD or COD from their environmental monitoring.

In all situations, one must gain a knowledge of how any sensor's output connects to bench analyses set by the scientific community as "gold standards" or that your own laboratory employs for its research. This takes us to our second assumption, which is shown below.

2. People Believe That Sondes Are All That is Required to Monitor Water Quality

We sell sondes. Why on Earth would we argue if that’s all you want to use?

Much of what has been said about assumption #1 above should already make it apparent why #2 is a poor assumption to make, particularly when people start drawing conclusions that are viable when based upon laboratory measurements, but not necessarily when based upon monitoring with sensors in the environment. 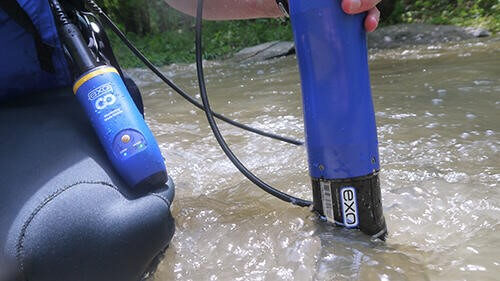 If one is going to invest in a sonde, it should be seen as an investment in a program rather than just an instrument. It is a dedication to achieving a certain goal. It is possible that the sonde is all that is required to achieve that goal, but sonde data are most valuable when supplemented with laboratory analyses, spot sampling measurements, measured outcomes from some process or operation (for example, drinking water sources), or even eyes on the water to see which sensor outputs align with which features that people care about (e.g., odour or colour of the water).

Define your objectives first, then select your technology and strategy. Don't pick a technology and then design your goals around what you think it's capable of.

3. People Believe That an Accuracy Specification Refers to the Precision of Their Measurements in the Field

Dr. Stephanie A. Smith saved this one for last because according to her it’s the hardest one  to write about.

Under controlled and highly reproducible conditions in a laboratory and often with their own methods (because there may not be standardized methods), manufacturer’s accuracy specification for any given sensor or parameter is determined.

This fact and its ramifications may be dawning on you as well after reading about assumptions #1 and #2 above. The accuracy of measurements may not be the same as the sensor specification for accuracy in the environment, since the conditions are not reproducible and are typically very unpredictable (why else would you be monitoring, after all?).

So, why are we bothering to establish an accuracy criterion in the first place?

So, where can we begin to explain our technologies and provide a basis for comparing them to competing or alternative technologies? We also require a baseline to compare advancements in our technologies during development, and in some situations, we evaluate accuracy under as many settings as feasible to understand the technology's robustness for environmental monitoring. If you're worried that you won't be able to get a good measurement from water quality monitoring, don't toss away thousands of dollars' worth of equipment or switch careers to banking just yet. You will be astounded by how well the sensors perform and how they compare to data from grab samples or your own sensor-to-lab technique correlations that you create.

If you want to know more about water quality contact our Sales Team Today!